What Can We Learn From Adele? 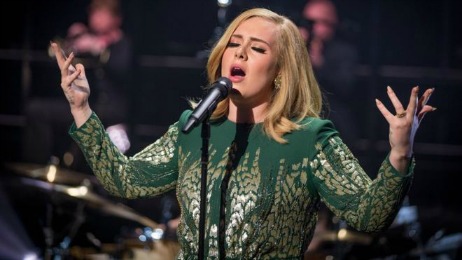 You know, I've been thinking lately how the suffering artist image has a lot to do with ADHD... The tortured souls... They're destined to suffer for their work since creativity and genius cannot be born out of happiness.

Think about Adele. Now let me be clear, as far as I know, Adele does not have ADHD, but that's not the point.

Her first album, "19" was released back in 2008? It did fairly well, but it was her second effort, “21” that really launched her career. As is now widely known, “21” was born of a broken heart. It was brilliant and game changing, but she has been quite open about the fact that it was inspired from a place of extreme anxiety and personal pain.

Now, fast forward to her most recent album, "25". I remember hearing an interview when the album was first released in which she indicated that she was very worried that because that pain and heartbreak had been resolved, she was nervous that her song writing would suffer. Because you see, this album came from a very different space - one of happiness and new beginnings stemming from a healthy new relationship and the birth of her son. Both albums were completely brilliant but their creation stories are worlds apart.

(Umm... Brett... I thought you were an ADHD coach. Why are we talking about Adele?) Don't worry; I'm getting there.

So, what we're learning from Adele is this: At first, she suffered for her art. Her heart was ripped to shreds and it catapulted her into stardom. So, how come her 3rd album, written when she was according to her, in the most content and happy mindset ever, didn't flop and kill her career? It's because she cracked the code!

I've often said that creativity and anxiety are two sides of the same coin. Anxiety stems from inventing stories about what might happen in the future; therefore, it takes a lot of creativity to spark that anxiety. And, of course, we all know that creativity comes from imagination.

The way creativity manifests itself depends on the way you exercise your "imagination muscle." If you're constantly using you imagination in anxiety-inducing ways, you're playing a losing game. But if you choose to see your anxiety as the manifestation of your amazing creativity, you can start to shift to a more powerful stance and find positive, adaptive behaviours to keep that anxiety in check.

Your brain craves dopamine and doesn't care how it gets it. You can feed the craving in one of two ways:

2) Flexing that same muscle by engaging in creative hobbies like drawing, writing and knitting.

Adele's latest album proves that she learned to exercise her imagination muscle in adaptive ways. Both methods produced similar results (2 great albums!) and fed her brain the dopamine it craved, but I have no doubt that the atmosphere in creating both albums were completely different.

Anxiety is a common issue in the ADHD brain since many of us experience overactive imaginations, but the reality is that you have the power to choose whether you'll use your creative power for good or for harm.  Both may satisfy a basic desire in your brain, but it requires consciousness and pause to recognize the difference... pivot, and make the choice that will serve you better long-term. So, is the album of your life going to be "21" or "25"?

I'd love to hear about your take on this. Will you start to give your brain its dopamine fix through creative measures instead of creating anxious thoughts?

Brett is a Certified ADHD Coach and has been helping individuals create change in their life and discover their strengths since 2013. Diagnosed with ADHD himself at age 43 he has learned to minimize his challenges as an adult with ADHD and how to maximize the gifts that come with this disorder (or ‘difference’) as he now likes to call it.
Comparison is no Way to Build Confidence Permission to Pause
ADHD Challenges, ADHD Insight, ADHD Management Strategy, ADHD Strategies, Executive Function, Mindset, Self-Awareness