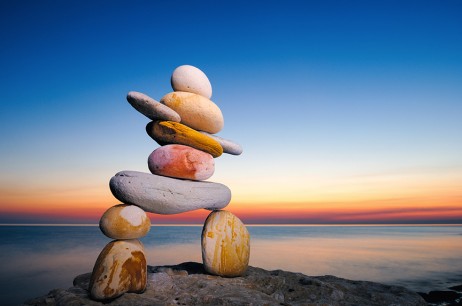 To the uninitiated, the word “alignment”, in the context of coaching for personal change and development, can seem very conceptual; maybe even to the point of being ethereal. But at its core, the idea of a person being in alignment is really quite simple. It is the process of lining up your values, your beliefs and your actions in such a way that they allow you to create balance. As a Coach, particularly one who specializes in ADHD, my primary role is to assist my clients explore their mindset and beliefs as a way to create desired change in their lives. Alignment plays a huge role in that process. But something I’ve come to realize, in both my clients and at times myself, is that believing in the power of alignment and actually living it can be two very different things.

I believe in alignment. There are no two ways about it. I believe that when we find ourselves influenced by beliefs and accordingly living our lives in a way that doesn’t suit our core values, we enter into a state where we are “out of sync”. There are no particular symptoms that can be identified, and most of the time it is not associated with any particular diagnosis. It may be just a feeling of being off our game, dis-engaged or in a brain fog. Sometimes being out of alignment can simply create a feeling of being out of sorts with no particular reason that you can easily identify. However it may show up for you, I firmly believe that being out of alignment creates a sense of discontentment in our lives that can be as bothersome as an itch you can’t scratch.

Everything I’ve said above is all well and good if the goal is to help someone believe in the power of alignment. To consider the role it plays in our contentment and sense of general well being. But actually learning to live in alignment… that might be a different, and much more challenging task. One that takes consciousness and in some cases, depending on the belief system you’ve created, even a fair bit of deliberate effort. The reasons for difficulty in not making the leap from believing to living in alignment are probably as individual as the people experiencing it. But one thing that is true in most cases is that it doesn’t happen overnight. You don’t just suddenly wake up one morning and recognize that you values, beliefs and corresponding actions don’t match up. It’s actually kind of insidious in the way it sneaks up on us and we tend not to recognize it until we’re already feeling the effect.

Life is hectic. There are demands placed on us everyday that force us to make decisions at “break-neck” speed. In fact, as clichéd as it is to say, the only thing in life that is truly constant is change, and we don’t usually feel like we have the luxury of considering whether that change fits within our value system. But as we undergo the inevitable and unavoidable changes of life it becomes vital to recognize that it is our circumstances that are changing, not us as individuals. It’s how we choose to adapt to that change that determines whether we mange to maintain our alignment. Quite often it seems that we forget we have that choice. We can choose to frame the world around us, and the day-to-day activities that happen within it in whatever way suits us. That choice may require that we make adjustments… some minor and perhaps some very significant, but experience has taught me that ample evidence will present itself to support the choices we make if we allow ourselves to remain open to it.

Brett is a Certified ADHD Coach and has been helping individuals create change in their life and discover their strengths since 2013. Diagnosed with ADHD himself at age 43 he has learned to minimize his challenges as an adult with ADHD and how to maximize the gifts that come with this disorder (or ‘difference’) as he now likes to call it.
Learning to Embrace Change The “ADHD Itch”
ADHD Challenges, ADHD Insight, ADHD Management Strategy, ADHD Strategies, Executive Function, Mindset, Self-Awareness